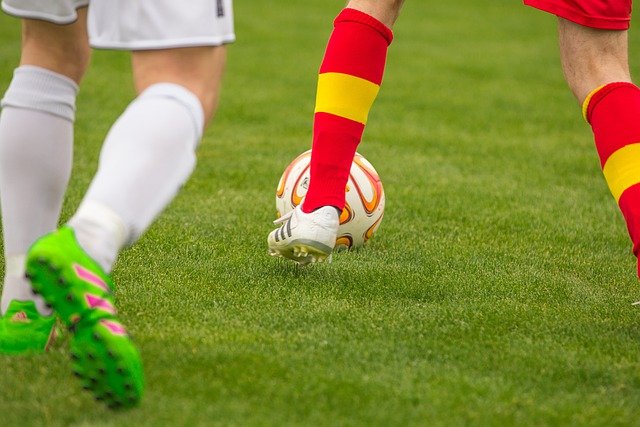 After a busy couple of weeks of Nations League action, as well as World Cup warm up fixtures, the Premier League returns this weekend with a special weekend that features an incredible four derby games!

That includes two of the biggest derby games of the season as the two North London sides Arsenal and Spurs clash at the Emirates Stadium and then on Sunday, the focus switches to Manchester where City and United will clash at the Etihad.

Then alongside these games we have a London derby as Crystal Palace take on Chelsea and then on Monday night there is a crucial East Midlands derby with two teams at the wrong end of the table, Leicester City and Nottingham Forest clashing at the King Power Stadium.

Add to that six other big games, including Liverpool taking on fourth placed Brighton, plus an intriguing game between West Ham and Wolves, two teams that have under-achieved this season, and you have the recipe for an enthralling weekend of action.

Bet365 Sport is offering an extensive range of pre-match betting on all games this weekend together with the usual extensive In Play betting options when the games are being contested, so that is well worth checking out if you fancy a flutter.

So let’s begin with a look at two of the biggest derby games taking place this weekend in a bit more detail, starting with the North London derby, which kicks off at 12.30pm on Saturday.

These two fierce rivals share a rivalry that goes back well over a hundred years and they have met on over 205 occasions, with the Gunners holding the lead in head to head matches between the two.

Arsenal have started the season well but did lose their last EPL game away to Manchester United, so they will be looking to bounce back here against their famous old rivals.

Spurs are just a point behind the Gunners and are unbeaten in the EPL this season and after a 6-2 thrashing of Leicester City last time out, in which Son scored a hat-trick, it is hard to see Antonio Conte keeping the South Korean on the bench for this one.

Both teams have a striker in decent form in Gabriel Jesus for Arsenal and Harry Kane for Tottenham and both have certainly sharpened up defensively from last season. At the moment, both seem to be the most likely challengers to Manchester City this season out of the big six.

There’s been plenty of goals between these two teams over the last few years, but with improved defences this season, I expect there to be a tighter game, although I do feel both teams will score.

My gut feeling here is that we will see a draw and as such my top tips for this derby game are as follows:

City and United lock horns once again in a fixture that has seen the away team win 9 and draw one of the last 13 fixtures between the two. With both in good form in the Premier League this should be a cracker as their history shows.

One of the most striking trends in this fixture is that the away team has won nine of the last 13 games between the two, with one draw in that period too, which does tend to suggest that United may well have a big say in this game.

I think they will given their improved form, but I cannot see them having the wherewithal to defeat a Manchester City side that are seemingly unstoppable at the moment, especially with Erling Haaland having netted 11 goals in 7 games in the Premier League so far this season.

City play a level and style of football that most teams struggle to deal with and while United have had some success against their city rivals in the past, I think that this is going to be too big a task for them here.

As such here are my tips for the game on Sunday afternoon.

There are eight other games taking place over the weekend too, including two more derby games and I have given you my predictions for each of these below.

Other EPL Fixtures This Weekend

Good luck with any bets you make this weekend and lets hope we get another cracking weekend of top Premier League action!

NBA Season Preview – Who Will Succeed The Warriors As NBA Champions?