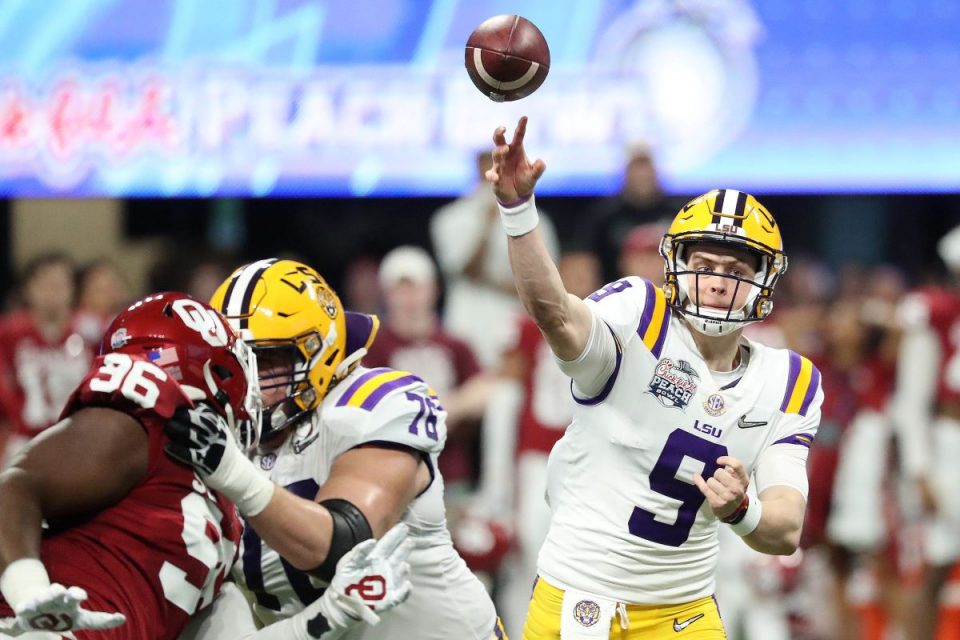 The field is set, and the College Football National Championship Game will kick off in less than two weeks. We will have a matchup as LSU will take on Clemson in the national title game. Both of these teams come into this game with perfect 14-0 records, and this was the matchup that most college football fans wanted to see. If you are a fan of high-scoring offenses, then this is an absolute must-watch.

Clemson is the reigning national champion in college football, and it was expected to be a title contender again this season. The Tigers blew through the Atlantic Coast Conference this season and survived a tough challenge from Ohio State in the semifinal victory.

LSU was not a title favorite before the year began, but it is the favorite in this game. The LSU Tigers dominated the competition in the SEC this season and blew out Oklahoma in their semifinal win.

The LSU Tigers are 5.5-point favorites over Clemson in the National Championship Game.

LSU quarterback Joe Burrow was the Heisman Trophy winner this season after putting up some eye-popping numbers. Burrow didn’t slow down in the semifinal win, throwing seven first-half touchdowns in the rout of Oklahoma.

The former Ohio State quarterback threw for over 5,200 yards and 55 touchdowns this season, and he has also completed over 80 percent of his pass attempts. LSU also has a terrific rushing attack, but Burrow should have another huge game in this one.

The SEC is known for its defense, and the Tigers fit the mold. LSU held opponents to just 21 points per game this season, which was impressive considering how much time the defensive unit spent on the field.

LSU has a pair of future NFL stars in its secondary in safety Grant Delpit and cornerback Derek Stingley Jr., and they are getting a star linebacker, Michael Divinity, back in this game. If LSU plays an average game on defense, its offense should do the rest.

The LSU Tigers have some talented offensive players of their own, most notably Trevor Lawrence and Travis Etienne. Lawrence threw 36 touchdown passes this season, and he can also make some plays with his legs.

Etienne racked up over 1,500 rushing yards during the regular season, and he has found the end zone 18 times. It took Clemson awhile to get its offense rolling against Ohio State, and that can’t happen in this game.

Clemson had one of the most dominant defenses in the country a season ago, and this year’s version is pretty good as well. The Tigers gave up just 10.6 points per game this season, and they slowed down a great Ohio State offense in the semifinal win.

Clemson will have to find a way to get pressure on Burrow, but racking up sacks is one of its specialties. Holding LSU to under 30 points in this game might be a win.

LSU Just Has Too Much Offense

Both of these teams looked extremely impressive in their College Football Playoff semifinal wins, but only one team can be crowned champion. Even though both teams can score points in a hurry, defense will play a role at some point in this game.

Clemson just doesn’t have an offense to overwhelm the LSU defense, but the same cannot be said for the other way around. LSU has scored points on everyone this season, and that isn’t going to change in the National Championship Game.

The LSU Tigers are just too explosive, and they will cruise to victory in this game. Bet the LSU Tigers -5.5 over the Clemson Tigers in the College Football National Championship Game.