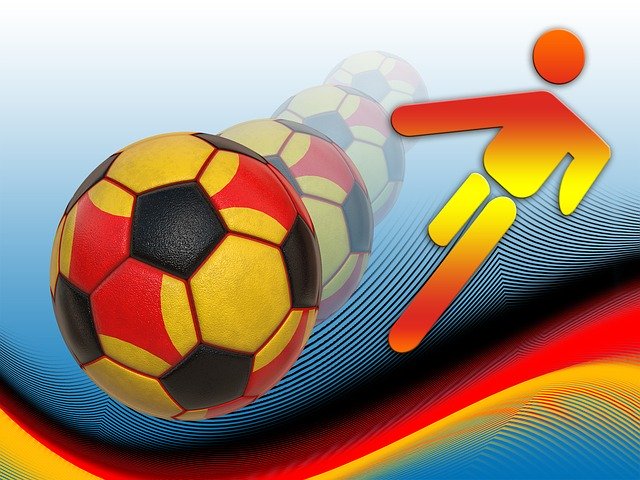 Park in Germany as the top two teams in the Bundesliga, Borussia Dortmund and Bayern Munich, face off against each other in a match that could have massive implications as to the eventual destination of this year’s Bundesliga title.

With Dortmund four points behind Munich with just seven games to play, a defeat here would leave them seven points adrift and most likely signal Bayern winning their ninth league title in a row. A win for Dortmund however and the gap closes to just one point and would mean the likes of Leipzig, Leverkusen and Moenchengladbach could well be back in with a chance of the title too.

Tonight’s game at Signal Iduna Park will have a massive influence on who eventually lifts the Bundesliga title and of course, interest in the game across the world is huge. If you fancy a bet on the match from the UK and you want to join a site offering a massive selection of markets on the match, then the latest bet365 New Customer Promotion will get you started on just such a site.  Once a member you can enjoy a wide range of bets on the game as well as free Live Streaming of many sports events (geo restrictions apply) provided you have placed a bet in the preceding 24 hours or have a credit balance in your account.

If you are based Stateside, then there are different options available to you based on which state you are located in. Pennsylvanians have a great chance to sign up with the latest playsugarhouse bonus code offer by following the link for a great deal at a top sports betting, poker and casino site. Indiana residents can access the latest BetRivers Affiliate Code “HOOSIERBONUS” to get their hands on a fine deal with that site, while in Iowa, Colorado and West Virginia, the DraftKings Online Sports book is a fantastic option too.

So before we take a closer look at tonight’s big match, as well as the other eight games in the Bundesliga taking place across Tuesday and Wednesday nights, let’s quickly recap how things turned out at the weekend in the nine matches that were played then, some of which produced some big results for teams at the top and bottom ends of the table.

The top two both recorded solid wins at the weekend, Bayern were 5-2 winners over Frankfurt but after being 3-0 up, were hauled back to 3-2 after sloppy defending at corners handed Frankfurt two goals, but Bayern then scored two more to ease to victory. Dortmund were clinincally efficient in their 2-0 win at Wolfsburg to stay hot on the heels of Bayern at the top of the table.

Other notable results included a two fine wins on the road, one for Bayer Leverkusen who moved into the Champions League spots with a 3-1 win over Borussia Moenchengladbach, while at the other end of the table, Augsburg’s timely 3-0 win at Schalke 04 was a huge boost for the team and saw them move up to 12th in the table, considerably easing their relegation worries.

Mainz were hammered 5-0 by Red Bull Leipzig at home, meaning in the two games against Leipzig this season, the aggregate score is 13-0 between the two teams. Had Dusseldorf been able to hang on to a 2-0 lead with 3 minutes to go against Cologne, Mainz would have been in the relegation playoff spot in place of Dusseldorf.

All of which sets up the midweek fixture list very nicely and starting with the big match in Dortmund.

Der Klassiker is arguably the biggest game in German football and will certainly attract a global audience given what is on the line. Bayern have the upper hand in terms of recent results between the two teams both home and away, but at home Dortmund have won both the last two matches between the two. The addition of Haland during the transfer window also gives Dortmund a threat that wasn’t present when Bayern won 4-0 when the teams met earlier in the season.

Dortmund have Marco Reus out injured and Axel Witsel is also a doubt. Mats Hummels should be

fit enough to play but the real decision for Lucian Favre is whether to change the team that has won both their games so well since the restart. Emre Can and Jason Sancho are amongst those most likely to return to the team for this game with Favre knowing nothing less than a win will suffice here.

Bayern still have Tolisso, Coutinho and Sule out, though the latter may be fit enough for a place on the bench. Their main injury worry though is Thiago and if he misses out Bayern may name just one change, with Gnabry coming back in for Perisic from the weekend. If Thiago is fit, he will take his place in the midfield moving Goretzka to the bench.

This is a tough game to call as both teams are so well matched and in great form. I don’t think home

advantage will be so obvious for Dortmund without their fans, which I think swings the game slightly towards Bayern a bit. However, the new Dortmund with Haland in attack look far more potent and I think they will cause Bayern’s defence, which looked shaky at set pieces at the weekend, plenty of problems.

I can see both sides scoring here, and I do fancy the pacy Gnabry to get a goal but I think Munich will do just enough to snatch a point here and I think that a 2-2 draw is probably more likely given the firepower available to both teams, than a 1-1 draw.

Other Bundesliga Games and Tips

The Biggest Manchester Derby In Years Kicks Off This Weekend