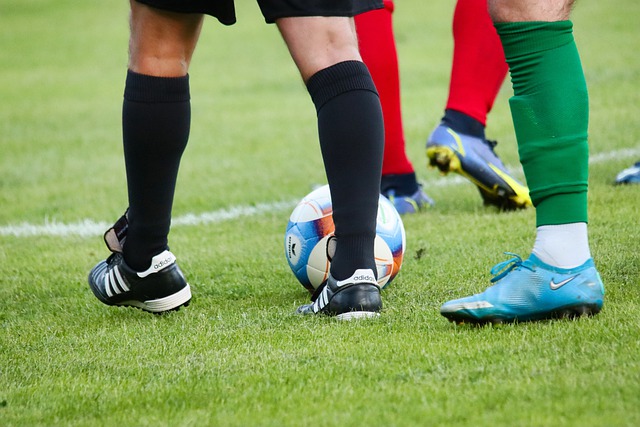 Just over a month from now, the 2022 World Cup Finals in Qatar will get underway with the opening ceremony and then the first match as hosts Qatar face their first opponents in Group A in the shape of South America’s Ecuador.

So, to get ourselves ready for what promises to be the biggest sporting event of the year bar none, we are going to spend the next four weeks taking a closer look at the tournament itself, as well as previewing each of the groups that will be the focus of the opening phase of the tournament.

Our four part series begins today and will progress right through until the week the World Cup is due to start and hopefully, by the end of it you will have a greater idea of what teams to back when you place your World Cup bets with companies such as bet365 Sport.

So with no time to waste, let’s now get on with our run down of the tournament starting with the first two groups, A & B, which not only features the hosts, but also the two teams that have qualified from the United Kingdom.

Remember all odds shown were correct with bet365 Sport at the time of writing but may have changed in the meantime.

Felix Sanchez team have moved right up in the World Rankings over the last few years in the hope of reaching the Second Phase of their home tournament. Their squad all plays in Qatar and is made up predominantly of players from two teams. They play a 5-3-2 formation and Almoez Ali may be their main goal threat. They could struggle in this group though against two very talented teams from Europe and Asia, plus a difficult to beat Ecuadorian team.

Appearing in their fourth World Cup Finals but yet to progress past the Round of 16, Ecuador’s strength comes from the defensive side of their 4-3-3 formation. Their qualification was based on some very solid home performances. This is a young squad, with a smattering of much older players and while they won’t be easy to beat, they may find it tough in this group.

The best team in Africa at the moment and probably playing better than their 18th ranking with FIFA indicates. Very solid defensively with Koulibaly and Mendy key and with a very powerful, strong and technically gifted midfield, but pace and firepower in attack in the shape of Mane and Sarr, this Senegalese team should fancy its chance of reaching the second phase of the tournament comfortably and could challenge the Dutch in this group.

After missing out on the last World Cup Finals in Russia, the Netherlands made it safely through to this year’s event in Qatar and they will be keen to make up for that here. Perhaps not blessed with as much attacking talent as some Dutch teams of the past, their main strength lies in defence and midfield, where they have proven very tough to break down. Gini Wijnaldum’s absence through injury will be a blow as he is a huge part of the team’s offensive effort from midfield. That said, this team should be strong enough to win this group.

Semifinalists in 2018, Euro 2021 Runners Up, England should have been ranked as one of the favourites for the tournament but a dramatic loss of form in the lead up to the finals has England fans very concerned. Five games without a win is not great heading into the tournament and with Kalvin Phillips out, England will need much more from exciting youngster Jude Bellingham. They should win this group, but after that, nobody is really sure how far this team can go.

Strange as it may seem, Iran are the team in the best form of any team in Group B but it would be a brave man to back them to finish anywhere but bottom of the group. The squad lacks the depth of the other teams in this group, but in Azmoun and Taremi they have two players playing regularly at the top level in Europe. They’ll put up a fierce fight, especially against England and the United States but will likely finish bottom of the group.

Gregg Berhalter’s team qualified comfortably for the World Cup and their young squad will be looking to progress from the group ahead of an expected stronger showing on home soil in four year’s time. Pulisic, Reyna, Dest, McKennie and Adams will shoulder the workload, but Ricardo Pepi could be a very useful player when introduced from the bench. The US have a great record against England in World Cup competition, not losing a game, and they should just about make it through the group.

After defeating the Ukraine in a playoff in Cardiff, Wales will get to play in their first World Cup since finishing as quarterfinalists in 1958 where they were narrowly beaten by a Pele-inspired Brazil. This Welsh side may be a little past its best, with its best players all over 30 years of age, but on their day they are a match for anybody. The Dragons will be looking forward to this campaign and especially their final game against neighbours England, however they may find the English and United States too tough to get past in this group.