With just three weeks left in the NFL regular season, there are still plenty of playoff races still yet to be decided. There are a handful of key games on the Week 15 schedule that could help to determine the 2018 playoff field. Let’s take a look at the five best NFL games to bet on this weekend, with a prediction for each game.

The Broncos suffered a devastating blow to their playoff chances in week 14 with a loss to the San Francisco 49ers. Denver will likely need to win out and receive some help to sneak into the playoff field. Cleveland likely has no chance to make the 2018 playoffs, but they continue to show improvement, including a 26-20 victory over the Carolina Panthers in week 14. Baker Mayfield threw a touchdown pass in his 10th consecutive game in week 14, but the rookie will face a top defense in this game. The Broncos have allowed just over 21 points per game this season, and they have been even better at Mile High Stadium. The Broncos need a big win to keep their playoff hopes alive, and they will get it in this game. Bet the Denver Broncos -3.0 over the Cleveland Browns.

It seems a little odd that the Bills are 2.5 point favorites in this game against the Detroit Lions. Buffalo comes in with two straight losses, and they feature the second-worst offense in the NFL. The Bills are averaging just 15.3 points per game, and their rookie quarterback has thrown for just over 150 yards per game. Detroit comes into this game after beating the Arizona Cardinals on the road by a score of 17-3. Quarterback Matthew Stafford has thrown for over 3,100 yards already this season, and wide receiver Kenny Golladay is nearing 1,000 receiving yards. Neither team is very good, but the Lions feel like the clear pick in this game. Take the points and bet the Detroit Lions +2.5 over the Buffalo Bills. 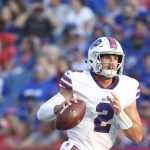 One of the oldest and best rivalries in football will take center stage at Soldier Field on Sunday. The Chicago Bears have been one of the best storylines in the league this season, and they have a chance to win the NFC North for the first time since 2010. Green Bay would love to spoil the party for the Bears, but they aren’t exactly playing great football this season. The Packers already fired head coach Mike McCarthy earlier this month, and they just don’t have the feel of a normal Packers team. Quarterback Aaron Rodgers has absolutely dominated the Bears during his career, but this time it will be different. Chicago is coming off of a game in which they gave up just 6 points to the Los Angeles Rams, and the defense will shut down Rodgers and company in this game. Bet the Chicago Bears -5.5 over the Green Bay Packers.

The Rams will be featured on Sunday Night Football for the second week in a row and will be looking to erase the memory for a miserable week 14 loss. The Eagles, meanwhile, are fighting for their playoff life and a loss in this game would likely end their playoff hopes. Los Angeles still has one of the most feared offenses in the entire NFL, averaging 32.7 points per game. Running back Todd Gurley has already run for over 1,200 yards this season, and quarterback Jared Goff is closing in on 4,000 yards passing. Philadelphia looked much better in their week 14 loss to the Dallas Cowboys, but they are still looking for a more consistent offense. The Eagles are averaging just 21.6 points per game and will need to play well in this game. Philadelphia is a desperate team, and that should help them out in this game. The Rams should get a bounce-back win in this game, but it won’t be a double-digit game. Take the points and bet the Eagles +9.5. 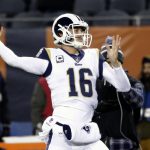 The Jacksonville Jaguars will host the Washington Redskins in what will likely be a low scoring affair. Both teams will be starting backup quarterbacks, and both offenses have been horrible all season long. Cody Kessler will start for a Jacksonville team that is averaging just 16.3 points per game. The Jags have lost eight of their last nine games and are limping to the finish line. Washington hasn’t been much better under third-string quarterback Mark Sanchez. Sanchez has been forced into duty due to a pair of tough injuries to Washington quarterbacks. This game will be ugly, but it will also be close. The Jaguars should win the game, but giving any team seven points against that offense is just too many. Take the points and bet the Redskins +7.0.

What Are The Best Bets for the 2019 PDC World Darts Championships?

Who Wins from Chisora v Whyte and Frampton v Warrington This Weekend?