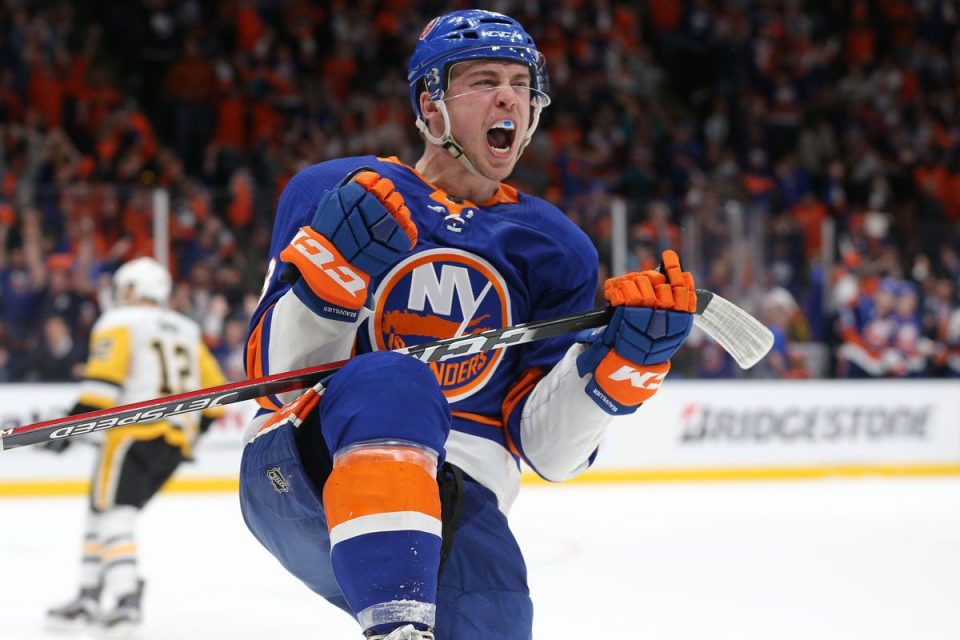 After a wacky and exciting first round of the 2019 NHL Playoffs, the field is now set for the second round. There isn’t a single top seed remaining heading into the second round of the playoffs, as the Wild Card teams all took care of them in the first round. With the Tampa Bay Lightning and Calgary Flames both eliminated from the playoffs, Lord Stanley’s Cup is completely up for grabs. Let’s take a look at the four second-round playoff series and make a betting prediction for each one of them.

(2) New York Islanders vs. (WC1) Carolina Hurricanes: The New York Islanders are slight favorites at -135 to win this second-round series, while the Hurricanes can be bought at +125. The Islanders had to wait a long time to find out their second-round opponent after sweeping the Pittsburgh Penguins in the first round. Jordan Eberle scored a goal in each of the four games in the first round, and the Islanders found plenty of offense after struggling all season. Goaltender Robin Lehner was magnificent as well, stopping 96 percent of the shots that he faced in that series.

Carolina lost the first two games of their first-round series but responded by winning four of the final five to knock off the defending Stanley Cup champion Washington Capitals. Defenseman Jaccob Slavin was the offensive star for Washington in that series and led the team with nine points.

Both of these teams are just excited to be in the second round, but this should be a terrific series. The Islanders have home-ice advantage, and they are my pick for that reason. Carolina will have a ton of momentum and won’t be easy to beat, but the Islanders will get the job done. Bet the New York Islanders -135 over the Carolina Hurricanes.

(2) Boston Bruins vs. (WC2) Columbus Blue Jackets: Boston is -165 to win this second-round series over the Blue Jackets, who can be bought at +140. The Boston Bruins had to survive a wild-and-crazy first-round series against the Toronto Maple Leafs. Columbus should be well-rested after pulling off a stunning four-game sweep against the top-seeded Tampa Bay Lightning. The Eastern Conference is now wide open without the Lightning in the mix, but the Bruins are likely the early favorite.

Boston was the third-hardest team to score on during the regular season, and veteran goalie Tuukka Rask is one of the best in the league. Columbus put up 19 goals in their four-game sweep, and their offense was extremely impressive. The Blue Jackets were able to play loose and free against the Lightning, but Boston will provide a physical presence in this series.

Columbus was the story of the league in the first round, but they aren’t advancing past the Bruins. Take the Boston Bruins at -165 over the Columbus Blue Jackets in this series.

(3) St. Louis Blues vs. (WC1) Dallas Stars: The St. Louis Blues are -160 to win this series against the Dallas Stars, who come into this round at +135. Dallas is another wild card team that stunned a top seed, Nashville, in the first round, and they did it with their special teams. The Stars scored 15 goals in their four wins over the Predators while allowing just seven goals in their victories. Alexander Radulov is a talented young player, and he had four goals in the series.

St. Louis came into the playoffs with a ton of momentum, and they used that to their advantage against the Winnipeg Jets. Jaden Schwartz had a hat trick in the series-clinching game, and rookie goaltender Jordan Binnington was good enough to get the job done.

This should be a wildly entertaining series, but the Blues are going to find a way to advance. Take the St. Louis Blues at -160 over the Dallas Stars in this second-round series.

(2) San Jose Sharks vs. (WC2) Colorado Avalanche: The San Jose Sharks are the betting favorite in this series at -140, and the Colorado Avalanche can be had at +120. Colorado looked extremely impressive in dispatching the top-seeded Calgary Flames in five games.
The Avalanche have been building up their roster in recent seasons, and they seem to be putting it all together in these playoffs. Mikko Rantanen had five goals against the Flames in the first-round series, and the Avalanche scored 17 goals in their last four games. Colorado is dangerous on the power play, and they have plenty of speed. The Avalanche also got terrific work from goaltender Phillip Grabauer in the series against the Flames.

San Jose needed a miraculous comeback in Game 7 to knock off the Vegas Golden Knights. The Sharks scored four goals during a five-minute power play to stun Vegas and move on to face the Avalanche. San Jose is one of the top scoring teams in the league, and they have a ton of veteran experience. Goaltender Martin Jones has looked a bit shaky this season, and that is concerning against the Avalanche.

Take the upset in this series and bet the Colorado Avalanche +120 over the San Jose Sharks.