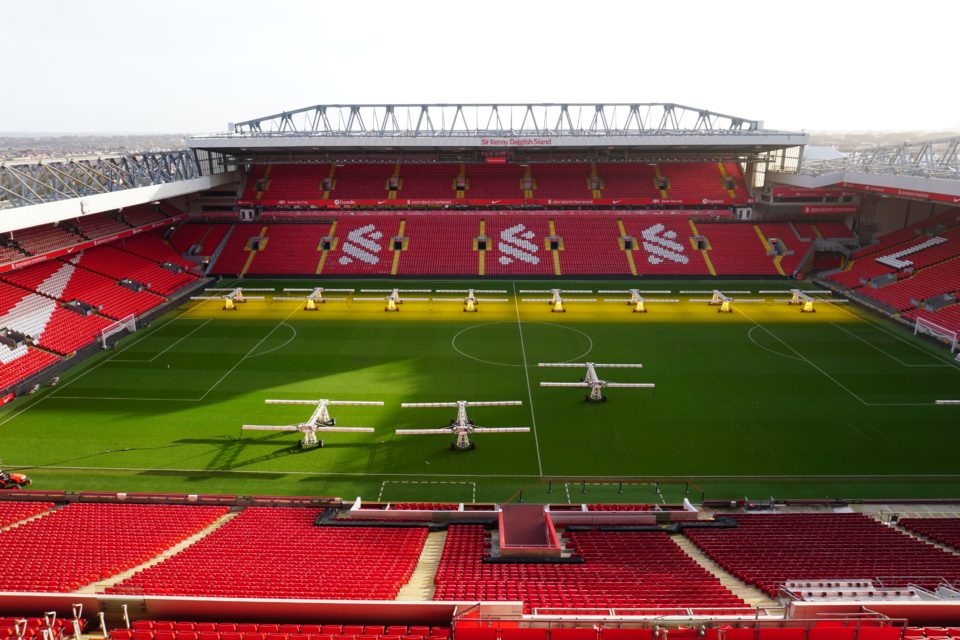 After 37 game weeks (albeit with plenty if postponements and rearranged games) we are now reaching the end of what has been an incredible and hugely entertaining Premier League season.

Somewhat incredibly, we are at virtually the same point as we were three season’s ago. Back then Manchester City headed into the final day one point ahead of Liverpool and needing a win to be assured of the Premier League title, with the two teams miles in front of the teams chasing third.

That scenario repeats itself this weekend.

At the bottom of the table, Norwich City and Watford have already succumbed to relegation from the Premier League and, depending on how results go on Thursday night and at the weekend, either Burnley, Everton or Leeds will be joining them in the Championship.

What happens here is determined what happens in Thursday’s games involving Burnley and Everton as both have a game in hand over their Yorkshire rivals.

Similarly, a win for Chelsea on Thursday over Leicester would see them confirmed as finishing third in the Premier League. A draw would also likely be enough given their huge goal difference advantage over Tottenham.

Let’s now preview the games this weekend, plus the three on Thursday Night and explore not only the best bets you can get with them (with odds provided by bet365 Sport), but also the different scenarios that will unfold over the next week or so.

Earlier this week we saw Arsenal lose 2-0 away to Newcastle to hand Spurs a huge advantage in the race for fourth in the Premier League and then on Tuesday Night, Liverpool kept their hopes for the quadruple alive by beating Southampton 2-1 at St Mary’s with a much-changed team from Saturday’s FA Cup Final win over Chelsea.

On Thursday night, we have three more Premier League games ahead of the final matchday of the weekend.

All three games have major implications for at least one of the teams involved in each game.

Aston Villa have little to play for, but a draw or win for Burnley would see them leapfrog over Leeds out of the relegation zone ahead of the weekend and depending on the Everton result, Burnley could also go above the Toffees in the table.

Everton know a win over Crystal Palace would be enough to retain their Premier League status for another year, however a draw or defeat would still leave them at risk on the final day of the season.

In the other game, a Chelsea win over Leicester would confirm them as third place finishers this season, while a draw would be enough as they have an 18 better goal difference than Tottenham in Fourth. A defeat would mean that Spurs could pip Chelsea to third if the Londoners were to lose again at the weekend and Spurs were to win.

I’ve put together this Thursday night treble for the Premier League games that evening.

This treble bet at the odds shown for the individual selections above with bet365 Sport would pay out at odds of 4.17/1.

Incidentally, if those results are accurate, it would mean that Everton are safe ahead of the last day of the season, while Chelsea would be confirmed as third place finishers.

All Premier League games kick off at the same time, 4pm on Sunday 22nd May, for the final weekend of the season. The full list of fixtures for Sunday is as follows:

Let’s now divide these fixtures up into the key games set to decide the issues on the final day.

What Scenarios Could Play Out:

Chelsea may have already secured third in the table with a win or a draw in midweek over Leicester, in which case it is a straight battle between. Tottenham and Arsenal for the fourth-place spot in the table.

In this scenario a win or draw for Spurs would essentially see them secure fourth as in the case of a draw for Spurs, while Arsenal can level Spurs on points with a win, they would need to overturn a -15 goal difference advantage Tottenham hold over them to overtake them in the league table.

However, if Chelsea are not confirmed as being third place winners on Thursday, then this means Spurs could also finish third with a Chelsea defeat against Watford and a Spurs win at Norwich, which would mean Arsenal would finish 5th.

A draw or win for Chelsea in either Thursday or Sunday’s game would be enough for them to finish third.

Whoever finishes fifth in the battle for the Champions League spot would earn one of the Europa League places and the second is between Manchester United and West Ham.

A win for Manchester United at Crystal Palace would confirm them as finishing in sixth spot and earning a Europa League spot for next season.

However a draw or defeat, combined with a win for West Ham at Brighton would mean that United would drop into the Europa Conference League and West Ham would get a second attempt at the Europa League next season.

What happens here depends very much on what happens in Thursday night’s games. If Everton are safe, then their game with Arsenal is not relevant for the relegation battle, but regardless of how Burnley perform on Thursday, their game and Leeds will decide who goes down.

That only changes if Everton fail to win on Thursday, in which case the Toffee’s game at Arsenal also comes into the equation and they would go down if they lose and Burnley and Leeds land a win.

Essentially, it looks like Leeds are going to have to win at Brentford, unless Burnley lose both their remaining games, in order to stand any chance of surviving in the Premier League another year.

We have gone through the full list of games below and given you our Full Time Result tips for each game.

If those results pan out along with Thursday’s from earlier in the article then we would see:

Let’s see how accurate we are with our predictions this week!