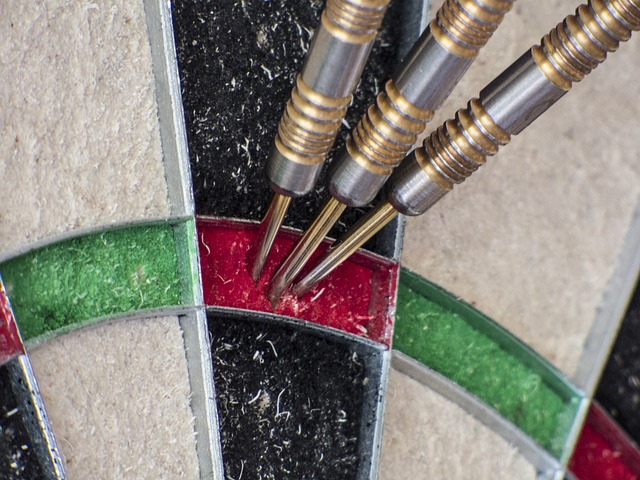 One of the skills you need as a top level darts player, is the ability to be disciplined enough

to practice at home, when you are not away on your competing in tournaments. However, for many players, playing at home is something of a slog which is why when the PDC announced it was going to run a Home Tour tournament, 32 players from the tour snapped up the available positions.

The tournament doesn’t have any prize money available due to a lack of sponsorship and audience, but players will receive a small appearance fee for competing. Each of the 32 players competing, which includes a number of top stars like World Champion Peter Wright, Gerwyn Price, Dave Chisnall and James Wade, was drawn into one of eight groups of four. The tournament began on Friday 17th April with all the games in Group A played and has continued one group per day through to Friday 24th April.

The great news is that you can bet on the PDC Home Tour darts tournament, as well as a number of similar events being run by Modus and the BDO at a number of top bookmakers sites. If you are not yet a customer and want to join for a wager, then the latest bet365 Sport New Customer Promotion is one well worth a closer look as it offers you some fantastic bonuses as well as access to a massive range of bets on these home darts tournaments.

Similarly, if you are based in Indiana in the United States, using the code HOOSIERBONUS, which is the latest BetRivers Affiliate Code, will get you to sign up in this state with a good value offer. Alternatively, if you are a native of Pennsylvania, then the latest playsugarhouse promo code is a fabulous deal that is available at the moment with this well-known casino brand.

The groups that have been played are listed in the finishing order for the players in that group (Groups 1 to 5). Groups 6, 7 and 8 which will be played Wednesday 22, Thursday 23 and Friday 24 April are listed in alphabetical order.

The top two players in each group qualify for the next stage of the tournament which will begin after the completion of the group games on Friday. To make it easier to differentiate, the groups that have not yet been completed are shown in italics. Completed Groups are in Bold.

What has happened in the Group Stage so far?

The opening night saw the group go with the form book, although perhaps World

Champion Peter Wright will feel he should have won the group. Instead, Jamie Lewis’ win over the Scotsman earned him top spot ahead of Wright.

The second night of action saw a nine-dart finish as Luke Woodhouse, who won all his games, pipped Gerwyn Priice to top spot in the group. However the combative Welshman beat both Ted Evetts and Jon Rowby Rodriguez to finish second in what was one of the toughest groups of the first phase.

Dave Chisnall and Scott Waites were expected to come through in Group 3 and duly did so, while the closest group was Group 4 with Geert Nentjes the clear winner, but Mickey Mansell pipped Ross Smith and Lisa Ashton to second spot on legs difference only. Last night Nick Kenny and Joe Murnan came through Group 5 surprisingly beating Luke Humphries and Devon Petersen.

What betting does bet365 Sport offer on the PDC Home Tour?

You would think with this tournament being hastily arranged and based in individual homes, that bet365 would only be offering the basic darts betting markets, and while you can bet on the outcome of each of the games and also on the overall winner of each of the groups still to be played to completion, there are around 25 other markets also available on each game.

That includes markets such as the ability to bet on whether any match will see a player hit a nine-dart finish (which has already happened once in the tour so far), or will score a maximum 170 checkout during the game.

Given the range of bets available, darts punters should find plenty to bet on for each of the matches in the PDC Home Tour.

Is there any other darts betting available at bet365?

You may feel that there is enough betting on the PDC Home Tour, but the great news is

that this is not the only ‘home darts tournament’ that is in progress at the present moment in time and in addition to this, there are three more events taking place, each of which bet365 Sport is offering betting on.

Two of these events have been organised by Modus Darts and they are the Icons of Darts Live League 2020, which is contested during the day, and the A Night at the Darts 2020 tournament, which is contested in the evening (and which a live stream of the matches can be accessed on bet365 Sport provided you have placed a bet in the preceding 24 hours, or have a credit balance on your account).

As these tournaments were arranged by the same organiser and are played at different times of the day, there are a number of players competing in both events. Furthermore, bet365 Sport is offering a very similar range of bets on this event as it is for the PDC Home Tour event, which means an equally extensive range of bets to pick from on either of these tournaments.

The other tournament you can bet on is the Remote Darts League 2020 which features a number of top stars that have most famously shone in the British Darts Organisation (BDO). This includes Jim Williams, Daryl Fitton, John Walton, Tony O’Shea, Wes Newton, Dean Winstanley and Alan Norris.

As with the other tournaments, you can enjoy an equally diverse range of bets on each of these games, as well as outright betting on which player will win the tournament outright, with current BDO World Champion Jim Williams the even money favourite.

One final option is also bet365’s excellent Virtual Sports offering, which has a version of Virtual Darts available. Featuring some of the biggest stars of yesteryear, including Peter Manley, Dennis Priestley, Chris Mason, Colin Osborne and Bob Anderson, you can enjoy a wide range of computer generated games 24/7 on Virtual Darts.

So if you are a darts fan, then there is plenty of action still available for you to enjoy having a bet on at the moment, so why not take a look to see if there is a bet or market that appeals to you?

What Punters Need to Know about the Belarussian Premier League