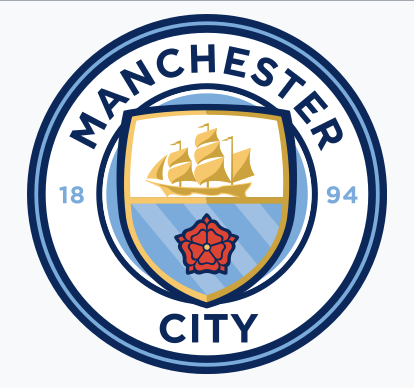 Over the course of the next six days or so, we will have a total of 12 Premier League games, with some of the top teams in the division playing twice.

In fact, three of the top five teams will be playing twice in that period in games which could have a major impact on how the table looks come this time next week.

However, it is not just at the top where we see crucial matches this weekend. We see two Premier League greats, fallen on tougher times, meeting at Anfield, a relegation battle between two teams that really should not be anywhere near the drop zone and a game that pits two of the greats of the Premier League, who have rediscovered their best form this season, against each other once again.

And then we round it all off on Monday night with a potentially crucial London derby which could see an unexpected name move very close to that top four.

Of course, you can enjoy a bet on all these games, both pre-match and also In Play with bet365 Sport, check out what the site has to offer, or sign up if you are not yet a customer by following the previous link.

Let’s now check out the games coming up this week as well as giving you our tips for each one.

After the surprise of two losses in a row, Manchester City will feel they must bounce back here or risk Arsenal going even further ahead in the Premier League title race. Gunners fans will be in the unusual position of cheering Spurs on here and with both teams having won two, drawn one and lost two of their last five, the visitors may stand a chance. Spurs completed the league double over Man City last season and have won four of the last six between the two. This could be a tricky game for City but I feel they will come through it.

To say both these teams have struggled this season is an understatement and both are still very much trying to find their way out of their current slump. Chelsea’s new owners have been splashing the cash and it will be interesting to see if Mudryk, their new signing, makes his debut here. Liverpool’s owners are looking to sell up and it seems to be affecting the team a bit. The Reds form is awful on the road but ok at home, but I think the draw is the bet to back here.

Four defeats in a row has Leicester City sliding towards the drop zone once again and the pressure back on manager Brendan Rodgers. In contrast, Brighton moved up to 7th with their 3-0 win over Liverpool and they have won three of their last four. Other than a loss on penalties in the League Cup, Brighton have not lost to Leicester in four games and were 5-2 winners in September 2022. I am backing the Seagulls to land another key win here.

Tip – Brighton to win and both teams to score is worth backing at 3/1 with bet365.

Southampton secured a massive three points away to Everton last weekend with James Ward-Prowse the man of the moment and they should come into this game with a bit more confidence than they had previously. However, this season, they don’t seem to be able to carry good form forward and Aston Villa have improved their results under Unai Emery very quickly and I can see them picking the win up here too.

Tip – Aston Villa to win and both teams to score at 4/1 is a solid option here with bet365.

I am shocked to find this game is between two teams in the relegation zone, which makes it an absolutely huge game for both teams. Neither side looks able to buy a win at the moment and recent record sees the last six games between the two shared with 3 wins each. Even at this stage of the season, this is a massive clash and one which both teams will feel they must win. I’m not sure if either team has the capability to do so though.

A run of four defeats has seen Bournemouth drop back down towards the relegation zone and they will be desperate to end that here against a Forest side who have found real form of late to move well clear of the relegation battle and on to 20 points. The Cherries have won four of the last five between the two, drawing the other game, but I think that run is in jeopardy here given how well Forest have been playing of late.

Newcastle United have done superbly well this season and have lost just once in the entire campaign, but they have struggled for goals of late and that will concern Eddie Howe as he aims to continue their spectacular progress at Selhurst Park. Palace have struggled for goals all season with just 17 in their 18 games, so I can’t see too many being scored here and those that do go in, will likely be the visitors.

Tip – Take Newcastle United to win with the HT/FT – Draw/Newcastle option at 15/4.

Having played Spurs on Thursday, Manchester City are back in action on Sunday with another home game, this time against a Wolves side that has won two of its last three in the Premier League. Julen Lopetegui has certainly made his team tougher to beat since taking over but it is a huge ask to go to the Premier League Champions and pick up a result. City should win and it may well be by a few goals too.

Can Brentford continue their fantastic run of form away to Leeds United? Leeds have drawn just two of their last five, losing the other three and come into this game badly in need of picking up something from the game to avoid being drawn back into the drop zone. Thomas Frank’s team play some great football and I can’t see them losing here, but they may not win the game either.

Tip – Take Brentford and Leeds to share the spoils in a draw at 5/2 with bet365.

Two of the most in form teams in the Premier League meet at the Emirates on Sunday and both have realistic hopes of the title. Arsenal are well top and eight points clear of Man City and United, so a United win here would be huge in opening up that title race. The Red Devils are the only team to beat Arsenal this season in the reverse game at Old Trafford, but I am backing the Gunners to gain some revenge for that loss here.

The final game of the weekend is a London derby with Fulham welcoming Tottenham to Craven Cottage, knowing a win could possibly leapfrog them over Spurs in the table and into the top five. The Londoners were narrow losers to Newcastle last time out so they will want to bounce back here against a Spurs team that hasn’t really found its feet since the restart of the season. Spurs have won 15 of the last 19 between the two, losing just twice, so I am backing them to find their form here.

NFL Third Semester Reports – How Have The 32 Teams Performed This Season?

A Look Ahead To The Forthcoming Euro 2024 Qualifying Campaign