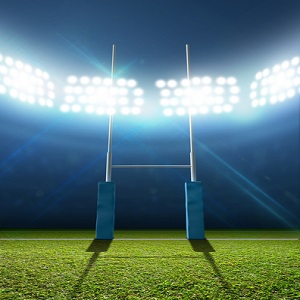 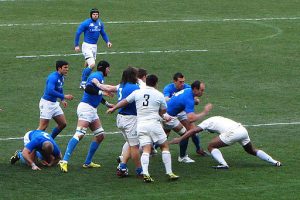 However, with the second set of fixtures set to take place thing coming weekend, including a matchup at Twickenham that could have massive repercussions for who will go on and win the Six Nations as a whole, we’re going to take a quick look back at how things panned out for the teams last weekend, and then a look ahead to the three matches taking place on Saturday and Sunday this week.

We’ll also give you our tips for the Six Nations outright as well as any other interesting bets we feel are worth a flutter on each of the games taking place over the weekend. Of course, you need a decent online bookmaker that you can bet with online and we strongly recommend Coral Sport for all your betting needs. You can learn more about the fantastic Coral Starter Bonuses available for you when you sign up by clicking on the previous link.

Let’s now take a look at how the opening weekend of fixtures panned out in the Six Nations.

Scotland’s hopes of an improved Six Nations showing after the promises shown over the past two years came crashing down to earth following a drubbing at the Millennium Stadium. Warren Gatland’s team took the lead with a Gareth Davies try after five minutes and were relentless throughout.

Leigh Halfpenny was the star of the show running in two tries, kicking four conversions and two penalties to account for more than two thirds of the Welsh team’s points. Scotland’s one consolation was a 78th minute try from Peter Horne which Finn Russell converted to at least give their fans something to cheer.

Although low-scoring compared to the other two matches, there was no shortage of drama and excitement as the French and Irish clashed in Paris and in the end, it was the brilliance of Johnny Sexton, who scored all of Ireland’s points, that was the difference between the two teams.

Ireland didn’t manage a try throughout the game in the face of some stubborn French defending but the boot of Sexton saw him convert penalties on 2, 21, 38 and 46 minutes to give Ireland a 12-6 lead deep in the second half.

However, Teddy Thomas grabbed a try for France which Anthony Belleau converted to put the French into a lead with just 9 minutes to go. As the game ticked into extra time Ireland worked the ball down into French territory and with the last kick of the match Sexton launched a drop goal through the posts to snatch a win for Ireland.

Eddie Jones’ England were expected to win this one well and did exactly that as they put the Italians to the sword in Rome. Two early tries from Anthony Watson, plus another from Owen Farrell put England in control of the game which from then on, they never ever looked in any danger of losing.

A strong second half performance saw England run in four more tries to give the scoreline a more flattering look with the only black spot on the performance being an injury to Ben Youngs after ten minutes which saw Danny Care come on to replace him for the majorty of the game. 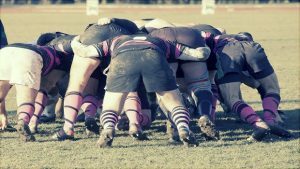 As you can see, the odds on home wins for Ireland and England in particular are not great, but I think the 4/1 on Wales beating the English is a solid bet if you fancy an outside flutter. Warren Gatland’s team looked much more like some of the stronger Welsh teams of the past in their win over Scotland last weekend and they will certainly push England very hard, even at Twickenham.

The Ireland v Italy clash isn’t a great one for the outright winner market but you can back Italy with a handicap of +32 points to earn a win at odds of 10/11. Against an Irish side that struggled to break down French defenders in Paris last weekend, that is a tempting option. Although if you feel the Irish will run up a high score, you can always take the -32 handicap bet on offer for the Irish at the same odds.

The Scotland v France match is more interesting and it is a tad surprising given their performance in Wales that Scotland are the strong favourites here. The French don’t tend to travel well though and as such I think the -5 handicap on Scotland winning is a decent 10/11 bet.

The fact England’s home games this year are against Ireland and Wales, most likely their two main opponents is probably the key as to why England are odds on here. Ireland and Wales will certainly push them hard, but Eddie Jones men do have that home advantage in those two key games and as such, I think England are the solid bet here and you can even take the 2/1 available on them to win the Grand Slam with Coral too.