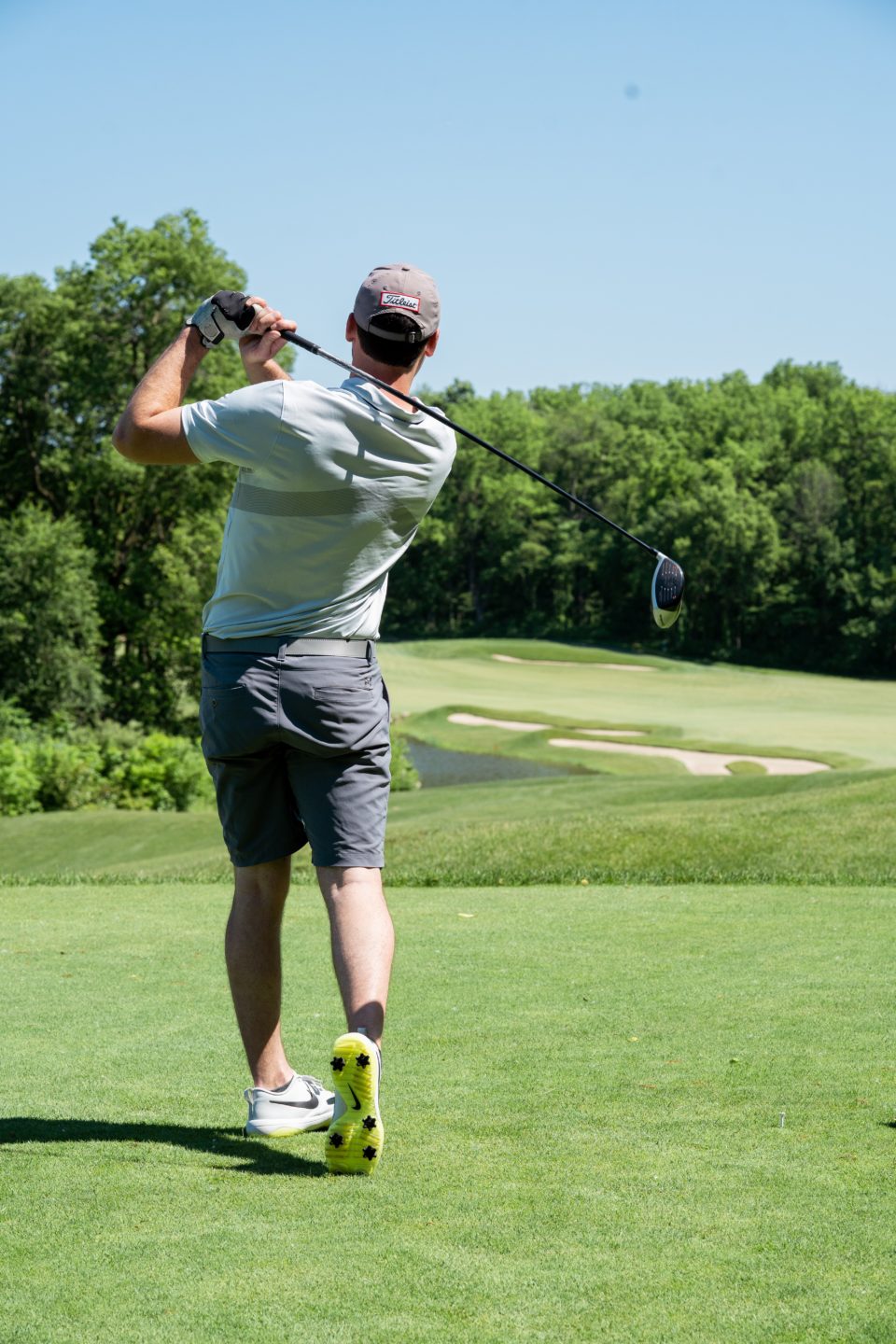 One of the great things about the British summer is that while the football season in the UK may have ended domestically, there are still a massive number of great sporting events to enjoy a wager on.

So in a change from our usual focus on one event, this week I am going to preview a number of different sports events coming up in the next seven days or so, all of which offer you a fantastic chance to enjoy a bet with bet365 Sport.

And of course, I’ll give you some tips for each bet and we may even stagger a little left of field at times and dip into the political scene in the UK too, especially after Boris Johnson’s less than convincing victory in the vote over his leadership.

So let’s now take a look at some of the top sporting events coming up over the next week or so.

After an exciting opening test match at Headingly, won by England after a fantastic unbeaten century by former captain Joe Root in their second innings, the home side and visitors New Zealand will meet up again in the second test on Friday.

This second of the three-match series with the New Zealanders gives England a chance to claim a rare test victory in recent times and it would be a nice start to Ben Stokes tenure as captain of his country.

However, New Zealand skipper Kane Williamson will know that some poor batting in both innings paved the way for that English success in the first test and he will feel confident that his team can turn things around and level the series at Trent Bridge.

England’s bowlers performed superbly well in that opening test and Stokes will be hoping the likes of Chris Broad, James Anderson and Matty Potts can be equally effective in Nottingham.

Bet365 Sport have England as the 21/20 favourites to win the second test and claim the series win, with New Zealand a 7/4 chance and it is 4/1 on the draw.  I actually feel that 4/1 is a very solid price as I don’t think there was that much difference between the two sides in that first test.

So I’d back the draw at 4/1 here, especially with some wild and windy weather predicted for the first part of the weekend in the UK which could affect play over the first couple of days.

After losing away to Hungary in their opening Nations League game, England earned a point with a somewhat fortunate 1-1 draw in Germany last night thanks to Harry Kane’s late penalty equalising for Gareth Southgate’s men.

The Three Lions now move on to face Italy on Saturday at Molineux in Wolverhampton, while the following week, they will face Hungary once again, also at Molineux on Tuesday 14th June.

It has reached the point where Gareth Southgate’s team now need to pick up two wins from these two home games to stand any chance of topping this group and that won’t be easy against either of their opponents.

Italy though have selected a very inexperienced squad for this game as manager Roberto Mancini seeks to rebuild his team following the Azzuri’s World Cup elimination and that explains why they are 15/4 to land the win on Saturday night.

England are 3/4 to take the win here and that looks the bet to make, but England’s record against Italy in key games over the years is absolutely dreadful, so there will certainly be a few takers at that 15/4 for the Italians, or even the draw which is a 5/2 shot.

The other home nations will also get their taste of Nations League action. Wales lost their opener 2-1 away to Poland and they now face the Netherlands tonight, then Belgium on Saturday followed by the away game against the Netherlands on the 14th June, a very tricky run of fixtures for the last team from Europe to qualify for the World Cup Finals.

Scotland are yet to play a Nations League game and they will play three times over the next week or so, kicking off at home against Armenia, then travelling to Dublin to take on the Republic of Ireland before having the away leg in Armenia on Tuesday.

Northern Ireland lost their opening Nations League game to Greece last Thursday and they also drew 0-0 in Cyprus on Sunday. They complete this series of games with a match away to Kosovo tomorrow, followed by a home game against Cyprus on Sunday.

A shock 1-0 defeat away to Armenia saw Ireland get off to a disappointing start in the Nations League on Saturday, the Irish now face the Ukraine at home today, before hosting Scotland on Saturday and then facing a game against the Ukraine which will be played in Lodz in Poland on Tuesday.

Of course, you can enjoy a vast range of betting on all of these games at bet365 Sport including In Play betting once the games kick off.

It is arguably the most divisive development in the history of golf, but the breakaway Saudi-backed LIV Golf Tour will host its first tournament this week from the Centurion Club north of London, with 48 players taking part in both an individual and team event for a huge $25m prize pool.

With many players now resigning their PGA Tour Card to play in the event, including Dustin Johnson, Phil Mickelson, Sergio Garcia, Kevin Na, Charles Schwartzel, Louis Oosthuizen and Branden Grace, it is going to be intriguing to see how well received the new tournament is by golf fans around the world.

Given the sporadic quality of the 48-man field for the event, it is no surprise to see Dustin Johnson the 5/1 favourite to win the tournament, with Talor Gooch 9/1, Louis Oosthuizen 10/1, Sergio Garcia 12/1 and Kevin Na 14/1 and Bernd Wiesberger 16/1.

Other notable names include Ian Poulter at 25/1, Lee Westwood at 28/1, Phil Mickelson and Charles Schwartzel both at 30/1, while Graeme McDowell and Martin Kaymer are both 50/1 chances.

In terms of sheer ability, Johnson is the clear favourite here and with the lack of any real data for this kind of tournament it makes sense to back him at 5/1 for the win, although I do like the look of Branden Grace at 35/1 as a solid each way option to finish in the top five.

Remember, you can use the Bet365 Sports Live Golf Tracker service to keep up to date with all the golfing action across the world this weekend.

The new look Premier League Darts tournament changed its format for 2022, doing away with Judgement Night, but retaining the end of season playoffs.

Well after 16 exciting weeks of action, we now know the four players that will battle it out to follow Jonny Clayton into the history books as the next Premier League Champion.

Clayton (4/9) has earned the top seed spot over the 16 weeks of action and he will face outside Joe Cullen (7/4) who has done remarkably well in his first Premier League Darts campaign to reach the playoffs.

The second semi-final will pit Michael van Gerwen (2/5) against James Wade (2/1) with the Englishman the underdog to land the win here against the Dutch darting maestro.

Van Gerwen tops the outright betting at 11/8 just ahead of Jonny Clayton at 13/8, while Joe Cullen and James Wade are the outsiders to land the trophy, both at 11/2.

I think Clayton will make it through to the final against Cullen, but I think James Wade may spring a surprise in the second semi final and beat Van Gerwen, but I think the Welsh Wizard Clayton will do enough to claim his second Premier League Darts title in succession so he’s the man I’d back at 13/8 to win it all.

After a less than impressive performance from his team at Monaco, which effectively handed victory to Sergio Perez of Red Bull, Ferrari Formula 1 driver Charles Leclerc will be hoping his team can get back to winning ways at this weekend’s Azerbaijan Grand Prix.

Leclerc is 7/4 to win the race, but he is behind Max Verstappen in the betting with the Red Bull driver 11/10 to claim the victory. Sergio Perez is 11/2 to claim a second win in succession in the race for Red Bull, while Ferrari’s Carlos Sainz is a 9/1 shot.

Mercedes woes this season have been well documented and that is reflected on the prices on offer for George Russell (22/1) and Lewis Hamilton (28/1). The prices then drift out to 100/1 for McLaren’s Lando Norris and down to 3000/1 for Nicholas Latifi.

Over the years, this Grand Prix, first run back in 2017, has produced some unusual winners, Daniel Ricciardo, Lewis Hamilton, Valtteri Bottas and last year Sergio Perez all tasted victory here.

This year Charles Leclerc and Max Verstappen will likely go head-to-head to win this race and I think Leclerc is due a change of luck, so I’d back the Ferrari driver here at 7/4 to win the race.

With UFC 275, Royal Ascot, the NBA Basketball Finals and the start of the grass season in Tennis, there are a huge number of top quality sports events to enjoy this week.

So which ones are you going to enjoy a bet on?