Brazil came into the 2018 World Cup as the favorite, and nothing has changed heading into the knockout stage. Brazil is the heavy favorite, and they were able to navigate through a very tough group to get to this point. Neymar leads the Brazil attack, but he has plenty of help. Brazil has solid defense, and also has a flair for the dramatic. Brazil opens up the knockout stage with a tough matchup against Mexico, but they should have enough talent to advance. 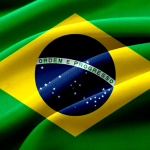 Spain comes into the knockout stage as the second favorites, although they didn’t exactly overwhelm anyone in group play. Spain was able to win group B with just 5 points, and needed a little help along the way. Diego Costa has been the star for Spain up to this point in the tournament. Spain takes on the host nation, Russia, in the round of 16.

Belgium was one of three teams that were able to win their group by collecting all nine points. The Belgium team has been the highest scoring team so far in the World Cup, collecting nine goals in their first three games. Belgium will open up the knockout stage against a Japan team that really struggles to score goals. A win would set up a potential showdown with Brazil.

England was able to advance from Group G, but didn’t perform well in their matchup against Belgium. Harry Kane leads the England attack, and he is a dangerous scorer who can strike at anytime. Kane is the Golden Boot leader through the group stage. England will be taking on a very good Colombia team in the round of 16. If they are able to survive that match up, they will face the Switzerland/Sweden winner. 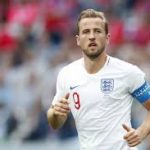 France was able to win their group, but didn’t look extremely impressive in doing so. France has two potential superstars in Paul Pogba and Kylian Mbappe, and they must play great against Lionel Messi and Argentina. France finds themselves in the left side of the bracket, which is filled with tournament favorites. If France can get past Argentina, they will meet the Uruguay/Portugal winner.

Croatia has quietly ascended up the tournament favorites list after winning all three of their games in the group stage. Croatia has done a great job of controlling the tempo and limiting offensive opportunities for their opponents. Croatia will take on Denmark in the first round of the knockout stage, and should be able to do the same against them. A victory would set up a potential matchup against Spain, but it appears that Croatia will be up for the challenge.

Argentia was fortunate to survive and advance to the knockout round after underperforming in group play. This could potentially be Lionel Messi’s final chance to lead Argentina to a World Cup Title, and he will be ready for his moment. Argentina takes on a very tough France team in round one, but a win could set up a Messi-Ronaldo matchup in round two. Argentina has the ability, but they must put it all together soon if they are going to advance.

This is a very interesting group of teams that still seem to be getting decent odds to win the World Cup. Portugal and Uruguay will meet in the round of 16, but the winner of this matchup could be a very dangerous team. This match will feature two of the best players in the world, with Luis Suarez leading Uruguay, and Cristiano Ronaldo leading Portugal. Uruguay did not give up a goal in group play. Colombia is a very dangerous team, but the health of James Rodriguez is a big question mark heading into the knockout stage. Colombia will take on a tough England squad, but a team that they are capable of beating. Colombia is on the right side of the bracket, which is widely considered as the easier side.

Everyone else remaining in the 2018 World Cup is receiving +3300 or higher odds to win the tournament. Japan has the lowest odds to win the title at +15000. Host Russia is receiving +6000 odds, but they have been the second highest scoring team in the tournament. The World Cup is always full of surprises so there could be great value if you pick the correct team from this group.